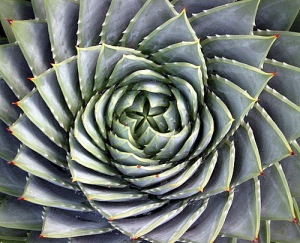 I want to begin this post with a question: is there a difference between serving the whole and being the whole? I come to this question after participating in many discussions on the importance of social service, serving one’s community, service learning, and doing one’s part in community. I’ve noticed that these discussions often tend to frame the context as the individual existing as a separate entity from the community, be it neighbourhood, school, workplace, or city. I have begun to wonder what these discussions would be like if we framed the discussion with a different assumption – that we are the community?

1.     Volunteerism
When volunteering, I have so often heard – or used myself – phrases that explain my actions such as: “contributing to my community”; “serving my community”, “doing my part”; “doing what is right”; “helping those who can use my skills.” While these are all laudable goals, I wonder if I should rephrase my actions as simply ‘being’, or as “I am the whole, therefore I act as part of the whole”. In fact, perhaps this approach completely removes the word ‘volunteer’ and instead just becomes the word ‘existing’ in community.

2.     Service Learning
A natural outcome of volunteerism in the education world has been ‘service learning’. This is the idea where someone, or a group of people, offers a service to another group. In this process, one group receives a ‘service’, while those offering the service learn from their experience. While there is much that is positive about service learning, I once again wonder if we can reframe this idea. Should we instead think of it as ‘being learning’ or ‘grounded learning’? We are not separate from those to whom we are offering a service. Instead, we exist in our local communities and learn from this existence. In this sense, we are also ‘grounded’ in our local contexts. It is not about learning from books, or being fed information by someone else. Nor is it about structuring a situation of servitude for the sake of a particular educational outcome. Instead, it is the natural learning that takes place as a result of us being fully embedded in our communities and seeing ourselves as such. For youth in particular, this ‘groundedness’ might involve shifting the learning experience so that youth see themselves as part of a continuum of ages within the community. This would make visible the fact that the youth make up the community, rather than existing separately from it and offering a service to it.

3.     The Tragedy of the Commons
This is a concept drawn from economics that seemingly exists in many communities. As an educator, the tragedy of the commons is regularly discussed with reverence, specifically in regards to caring for the school grounds and infrastructure that we share. We often seek to solve the problems such as hoodies or dishes being left around; graffiti on desks or walls; or litter. Solutions are many-fold: letting students know that they are privileged to be a part of such a well-resourced community; teachers role-modelling a sense of respect for the school infrastructure; extrinsic rewards and punishments; asking students to be of service to their community (sometimes as a consequence); and so on. However, the solution that comes closest to true for me is when we instill in students the idea that they are not just a part of the school – that they are indeed the school community. The school is them and they are the school. Much like environmentalists often argue that by understanding ourselves as part of the ecosystem, we naturally become more caring for our planet. From an economist’s perspective, we are always acting in self-interest by caring for it (and ourselves). It is only once we lose touch of this true sense of community that the ‘commons’ suffers.

This is not a new way of thinking, and I am not sure if all of my examples speak to everyone as clearly as they speak to me. Nevertheless, I plan to challenge myself to shift my language away from ideas of servitude, and more toward ways of being. The natural world does not merely surround us – we are a part of it. In the same way, we are also not separate from the social world, but part of the whole. I wonder if anyone else is up for this challenge? It would be wonderful to hear your reflections on this.